European & Semi Final & Off to Knoxville!

We  got back from Eldora after being delayed in Philadelphia for a few hours, touching down in Manchester on Friday meaning a few hours to check over the car ready for Northampton. Coming from 100 degree heat to the wet British weather was as expected. The delayed start allowed the track to come good for some fast racing , many people saying the final was the race of the season with myself and Dan Johnson trading hits giving the crowd some good racing. Sunday was wet again and the Euro was there to defend. 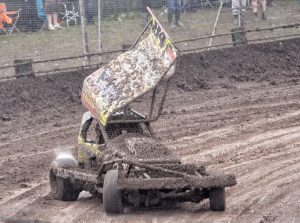 The car felt good and I was driving well until getting slowed up on the outside with some parked cars. Third and Craig drove a great race in the tricky conditions joining me in the sports history doing the grand slam, joining us who have now  won all the major titles in the sport. Finished the weekend by winning the Grand National.

Sheffield Semi – We did what we had to do and won the semi final putting me front row for the World Final in September.After  getting away and sitting back for a few laps I managed to get to the front and took the flag with Lee Fairhurst and Mat Newson behind. The Grand National I was close to the winner Mal Brown needing another couple of laps finishing 2nd. 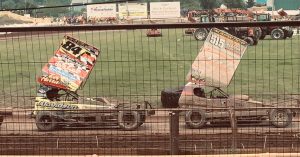 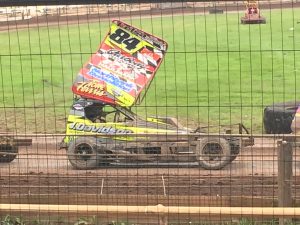 Now off to America early flight today to  race in Knoxville at the 410 nationals. Dad and I have flown out today to prep the car for the end of the week! Lets see if we can qualify for the big one and carry on competing and living the dream from Eldora!!! I’ll keep one eye on the results from Buxton too to see who will be joining me on row one!! 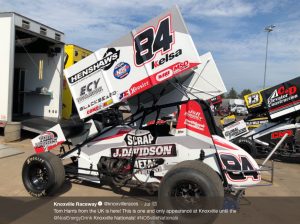