Well we did it! The only title I had not won in the sport until yesterday, 2019 British Champion!! The car was on the pace from heat one, coming home 2nd behind Mat with Luke in third following me over the line. Last week was Birmingham  Buxton and then we went on to Venray  we had a mixed weekend of results but the car was definitely dialled in yesterday  getting the consistent places in my heats for qualification. 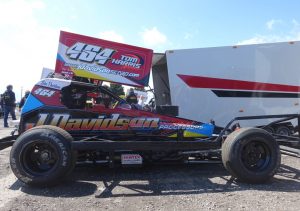 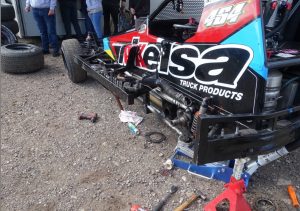 I got another 2nd and 3rd in my two other heats. Luke had two 3rd’s and a 7th putting me on the front row outside with Luke sat behind me on row two. Courtney Witts 180 was racing again in last years car getting some steady results and qualifying for the British Championship. At the start Mat 16 got away and Lee 217 was going really well too with me sat in 3rd.  As the laps went by we kept the car on it and Lee took Mat out with a last bend lunge allowing me to pick up the win and add the British title to my F1 Stockcar career. Kyle Gray 124 took a heavy hit in one of his heats and loaded the car up. Catherine took a win in her heat in the V8’s but in her British got spun out and hit the armco meaning her race was over. Once again a great win for Team Davidson without Jamie and all my sponsors I couldn’t do what I do on the track!! 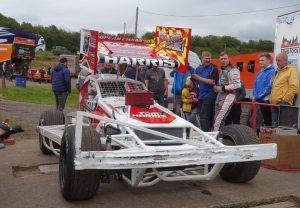 Next month we will be off to Knoxville, and then on to Eldora raceway in Florida to race the winged sprintcar in the World Of Outlaws, which will be great to get out there with those guys and give the new engine a run.