Firstly apologies for the lack of updates this year so far, but here goes with a quick catch up on the season so far for both Tom and Catherine. Regular updates will be posted once again through the remainder of 2016.

Once again Tom raced at Tulsa in a car provided by Bob East. There was a vast improvement in Tom’s driving from the previous year and the results showed how much he had come on. Tom’s heat was on the Tuesday so after some great practice laps he went out and finished 2nd, an excellent result. This put him straight into the Qualifier where he finished 6th, giving him a starting position of 4 in the B Main. The B Main started well, Tom was holding 4th position when his power steering failed, dropping him to 6th, and then a car spun in front of him causing Tom to stall his engine, this sent him to the back on the restart and he eventually finished 10th. This put Tom into the F Main on finals night, a major improvement on his first year J Main. The F Main was by far his best race, starting 12th on the grid he finished in an excellent 5th place, missing out on getting into the E Main by just 1 place! Overall a fantastic experience for Tom and huge thanks to all at Beast Race Cars for the loan of such a good car for him. 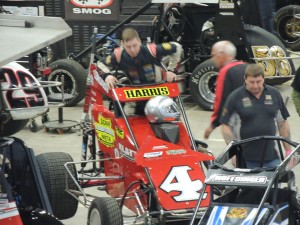 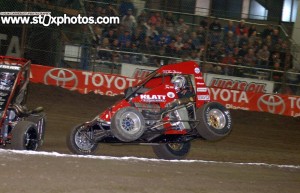 Tom was back in his non-winged sprint car at Ocala in Florida. The track was very difficult to master but over the 3 nights Tom improved his lap times. He missed out on a spot in the A Main on the second night due to a puncture, and then again on the final night he got a bit over excited on the final bend and lost his 6th place that would have put him into A Main. Some great feedback from drivers and teams on how well he is doing, and it was fantastic to see Bryan Clauson offer Tom some tips! 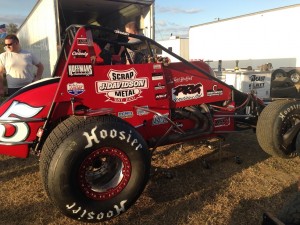 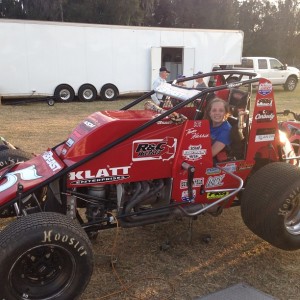 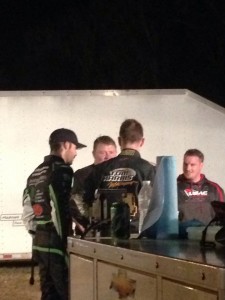 March saw the beginning of our racing season in the UK, Tom had sold his shale car over the winter and due to work and race commitments over the closed season he would only be racing on tarmac for the first half of the season. Catherine was ready and raring to go, she raced at Coventry, (9th, DNF, 11th), Kings Lynn, (3rd, 1st, 1st), Skegness (3rd,6th,6th), Stoke, (5th,1st,5th), and Belle Vue (2nd,5th).

Tom had a guest appearance in a 2l saloon, kindly organised by the Trackstar team and Craig and Jake Banwell, at Kings Lynn, although he didn’t place in the top 10 he had a really enjoyable night and loved getting stuck in! 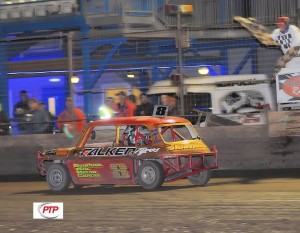 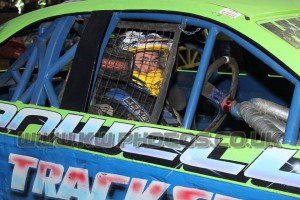 Tom made his maiden appearance of 2016 in the tarmac car at Birmingham (no places and lots of damage!), and Hednesford (4th,6th,1st). He then raced at Northampton but in Rob Speak’s Jamie Davidson owned car (5th,5th,2nd), then back in his own car at Buxton (7th, DNF).

Tom had a guest appearance in yet another formula in April, he raced the F2 owned by Darren Bingley that Rob Speak normally races, at Sheffield. tom really enjoyed his day although he struggled with the lesser power of the F2 finishing 3rd, 14th and 9th. 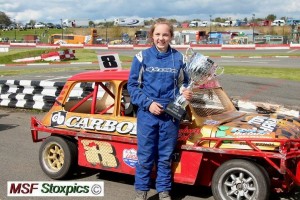 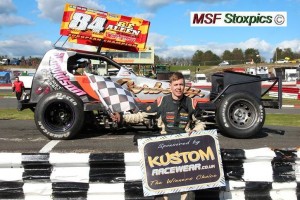 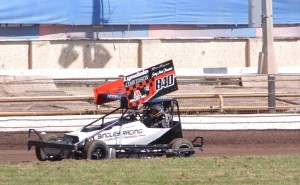 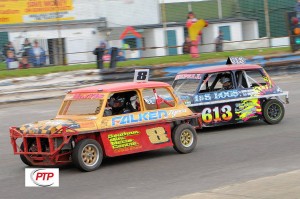 No racing for Tom as the tarmac car has now been sold. He is busy in the workshop though and one of the new cars being built will be a shale car for Tom and that will hopefully be out on track before the end of this season.