There Has Been Lots Going On –

Its  been a while since we  have posted at  Team Davidson, travelling about 3500 miles in the last month racing both sides of the pond! After Eldora we went straight to Sheffield and won my semi final, happy days, Frank has chosen the outside after some coaching from me on the phone from Knoxville 🙂 Pole, Inside for me come September 14th. Back to Knoxville straight from Sheffield to race in the Nationals, not the best results but more seat time and getting quicker out there with the best of the best is the aim of the game. A drive to Terra Heute to race the non wing in Indiana sprint week with some ok results saw the US trip come to end. Hoping to get back out there in November for the world finals. 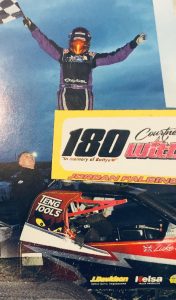 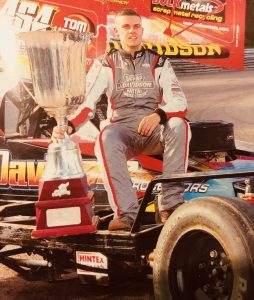 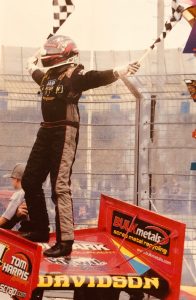 Landed and we were off to Venray, Luke had done all the meetings in Venray and had already qualified on Pole for the big race on Sunday. The THM tarmac car was flying Saturday taking heat and final Saturday only to have the final Saturday taken away due to dutch dodgy scales 🙂 Courtney was out there with us in last years car winning a heat and qualifying on the back row. Sunday had dried out compared to a wet Saturday and Luke won the Gold Cup great win there I came home in 4th just missing the podium. Went on to win Sundays final so all good there!! 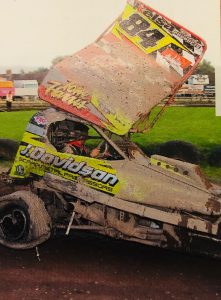 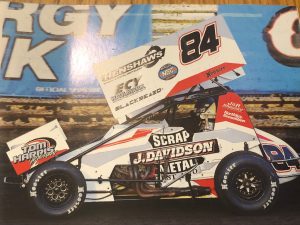 Birmingham & Belle Vue last week, Courtney won her  2nd final joining the sports history books as only one of 4 female drivers to win finals. Following her win at Buxton. Belle Vue was an interesting day round 2 of the S/O a local track for us so we rocked up about 30 minutes before the start with a big crowd on bank holiday Monday. I won my heat and was going well in the final until i got tangled up with a white top popping out the fence at me. The Grand National raised the roof Dan Johnson putting me in the fence good and proper obviously keen to continue our battle. Saturday at Kings Lynn again a great night of racing with the fans qualified for the final from the Trust Fund Race. The Final was eventful another battle has been reignited with Mick Sworder running me in the wall and rolling himself over. Some words on the microphone from Mick geed the crowd up no end and I got out the car with a big smile on my face, to the normal mixture of cheers and boo’s from the crowd. Thanks to all the teams that helped in the pits and we cobbled the car back together for the Grand National, the car was quick but would of been quicker, brake issues slowing me up, however I still got 4th and the top lads tried to get me a few times but they couldn’t catch me.

A post race interview with me and   Trackstar has got over 30k views already ….. check it out

on their Facebook page as I write this,  promotion for the sport and World Final. So roll on the World Final , Have  I have a target on my back?….. Seems so!!! Are some of  the other lads after me? Of Course they are!!!

All I can say is I have a back bumper and Front Bumper so if anyone wants my spot world final night they will need to get past me first!!! See you all at the World Final, Its going to be one hell of a night!!!