Wow what a fantastic set of results for Team Harris at Coventry International Speedway on Friday 5th and Saturday 6th June.

Tom had a mediocre start to the weekends racing with a DNF in his heat on Friday due to damage, 4th in the consolation and then DNF in final again due to damage and didn’t start the GN because they couldn’t get the car fixed in time. After repairs at home on Saturday morning he came out in fine fettle to take a win in his heat, 2nd in the final and 5th in the GN. 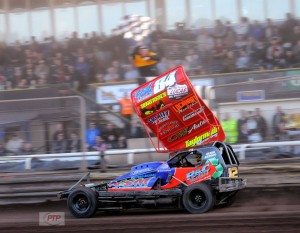 Catherine had a brilliant weekend, racing in both meetings for trophies sponsored by big brother Tom, she started off with a 2nd in her first heat on Friday, then won the final with a fantastic last bend manoevre beating Courtney Witts on a drag race to the line, the smile on Catherines face said it all.  She then came out on Saturday in the same frame of mind, taking 4th place in both her heats, and after a storming drive, she won the final in commanding fashion, 2 finals in 1 weekend both from superstar grade, absolutely fantastic results. 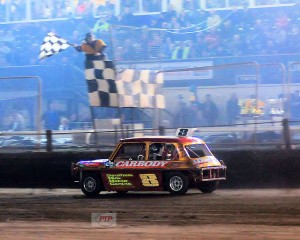 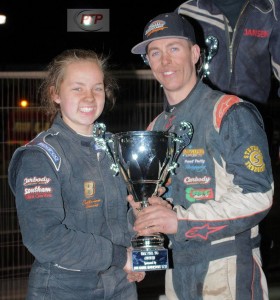 We now have a new champion in the fold too! It was the European Championship for the V8 Hotstox on Saturday, a formula raced by Tom and Catherine’s uncle, Michael Boswell #328. He took the championship in fine form, in a very exciting race with the lead swapping hands a number of times before Michael took the reigns with about 5 to go and powered to his first championship win. 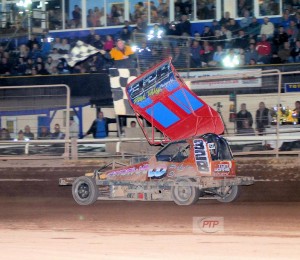 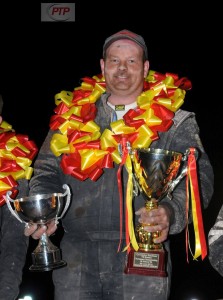