By Tom Harris 20th May 2018 Uncategorised No Comments
0

I had a good night at Kings Lynn but there is still more speed in the car and in me ! It was a busy morning getting all the cars ready  as we loaded the transporter with both my cars and Luke’s  as we were heading straight on after Kings Lynn to Holland to race at Venray on Monday. As we got to the track I had an invite to race at St Maartin (today) where a few of the other UK lads have raced but we decided we wouldn’t make it so are enjoying some pre race beers in Holland (Just the one). 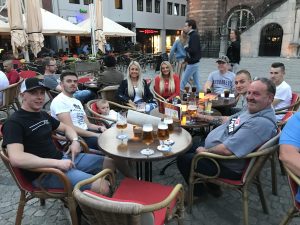 Catherine also had a good night in her V8 on a fast track she is getting better each meeting which shows she is not afraid to mix it with the top lads in the V8’s. 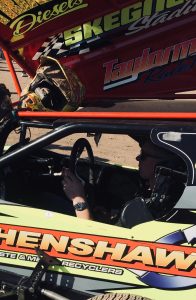 I was in heat 2 and got a good start I was lined up outside of Frankie (515) and we had a good few laps racing but I got away and then had to reel Mick Rogers in who was going well. The car was going well and the track was real fast keeping my head down and taking my first win in 2018!

Catherine was out in  heat one and led the race for a good 7 laps until the yellows came out and John Brown (288) pushed his way through. Catherine had a good race coming 4th. 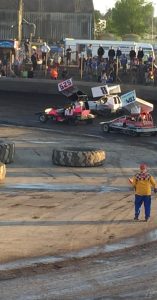 The Final for me was ok, I got a good start and made my way through the pack fairly quickly having a few hits and giving some out too!! Going into turn 1 I nearly got half spun which slowed me down a bit but i hit Mark Woodhull (335) which straightened the car back up and I was off again but by now  lost a fair bit of ground to Frankie (515) who was away and leading. I had a good few laps with James Morris 463 and catching Mick Rogers (244) eventually hitting Mick wide to take second place behind Frankie (515) with James Morris in Third. Again the car was fast but you have to get through the traffic early on and without being held up and that half spin definately put pay to me winning that race. The Grand National again was a very fast one and I made my way through the field pretty quickly chasing 446 Joe Booth all the way with a last bender running him along the wall, but he kept his foot in  and we had a drag race to the line which i just missed out on but another 2nd place finish. 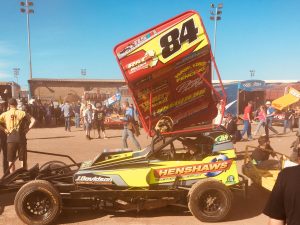 Catherine got a well placed 6th in the John Cotrill V8 final again having another good meeting and scoring a few more points in her first season after stepping up from mini stox.

I’m looking forward to racing at Venray, we have put another engine in my tarmac car after Skegness so we will see how we get on, but both Luke and I love this track and both go well here so hoping for some good results! 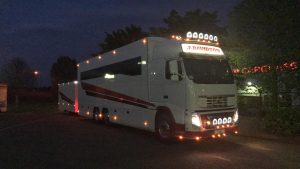