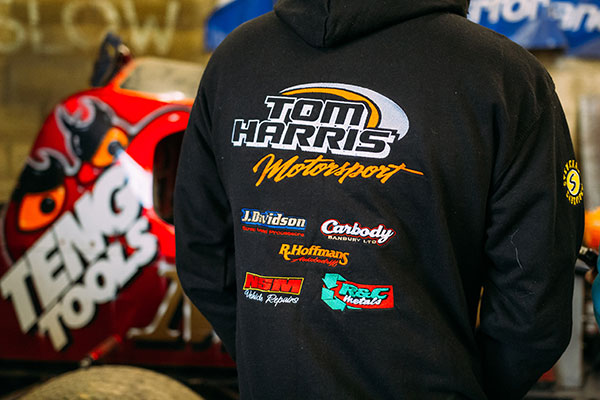 Well Tom’s first meeting was only a little better than Catherine’s first! With a busy winter, the car was not even painted for its outing but Tom had switched the car to new sponsor Lucas Oils, with both Tom and Catherine running its oils. The car was flying with the new suspension working well but the results just weren’t forthcoming last night. Danny Wainman took the opportunity to fire Tom into the pit gate post in the first heat for fifth place, resulting in Tom finishing in eighth. In second heat after a fab timed shot on Newson and Dan Johnson the dry sump belt snapped so that was a dnf. Then in the final he got caught up in the first lap melee and ended up with damage, so another DNF followed by seventh in the Grand National.
In the Ministox, Catherine had a superb weekend. She drove a blinder, certainly our superstar this weekend. Catherine dealt with several hits in the heats, struggling on to come home seventh in her first heat and outside the top 10 in the second. Nonetheless, she kept her cool and drove an absolute fantastic race in both the final and the allcomers taking fine wins in both!