We joined an exclusive club in the history of Brisca F1 at the weekend, with heats  and the 4th final in a row on the shale. (I won both my heats)  The track was good and the car and driver not bad either 🙂 flying around the Northampton Shaleway. In the National we came home a close second, but not without trying. My last bender on Frankie 515, not quite working out for me to take a clean sweep of wins for the meeting. The stranded 124 (Jamie Davidson sponsored Kyle Gray car, not quite doing the job I thought, stopping Frankie for that drag race  to cross the line. However a great haul of points again for Team Davidson. A shortage of the top lads there on Saturday and without Nigel Green racing, it puts me top of the National points.  Tarmac meetings now coming up and ready to dial the new car in for the British Championship the week after next, at Hednesford which will hopefully be a good day. Luke and I are going to race in Venray in Holland this Monday too. We will be ready to put on a show as always, as will Catherine in her V8 Hotstox for her British Championship!! Can we take a heat and final on the hard stuff????? My Winged Sprint Car engine is ready now so we will be out in the USA in July at Eldora Speedway in Ohio. 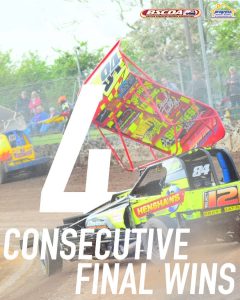 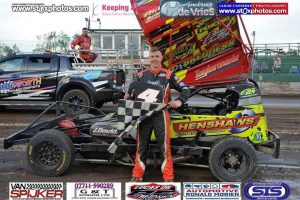 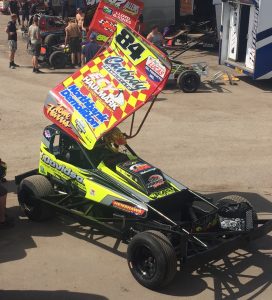