Its been a while since I’ve had time to update the website with my work and racing commitments both sides of the Atlantic. In the winter we went to the US and again feel we made an impression over there again with the fans not quite emulating last years success by qualifying for the big race but I had to work hard to race my way through a series of heats this year! Now we have the winged sprint car going well too I look forward to getting some more seat time this year…Again thanks to all my sponsors and people that make it possible, notably Jamie for putting me in his race cars! 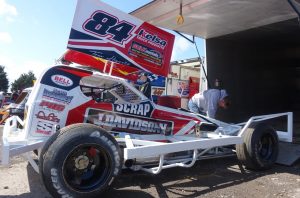 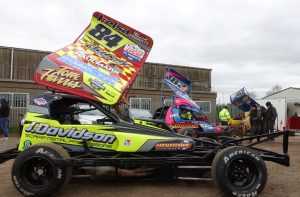 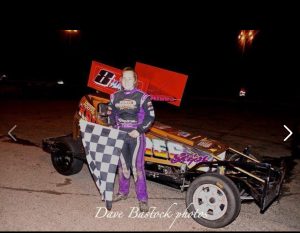 The Stock Car season started off at Kings Lynn with some action, We have to keep the fans entertained!!. Ive been brushing up on my dancing lessons to keep up too  thats all I will say! My shale form has been great so far final wins at Sheffield and Stoke, Ive had a win in the new tarmac car too which is going well now also.

Catherine has been doing really well in her V8 too this year so far winning 2 finals and going well now she has two really great cars….

Sitting 8th in the World Qualifying Points at the moment also, racing at Northampton this weekend so lets see what happens!!!